Each year since he was about four, it has been our tradition to allow my son to arrange our Creche to his liking on the first Sunday in advent. Actually, we were late this year. We forgot, which was weird. But he did it on Tuesday of the first week.

I really don't know what to say about the creche this year. It is certainly different. The manger bed is outside the stable, on the left, empty and awaiting the baby.  Joseph is next to the stable on the right and Mary is in the right front corner. Everything else is wherever in no order. It is not as chaotic a jumble as he once did; the one described in Jordan's Strange Creche and  A Broken World ... Seeking Peace but it's certainly not as ordinary as Jordan's Creche for this Year. 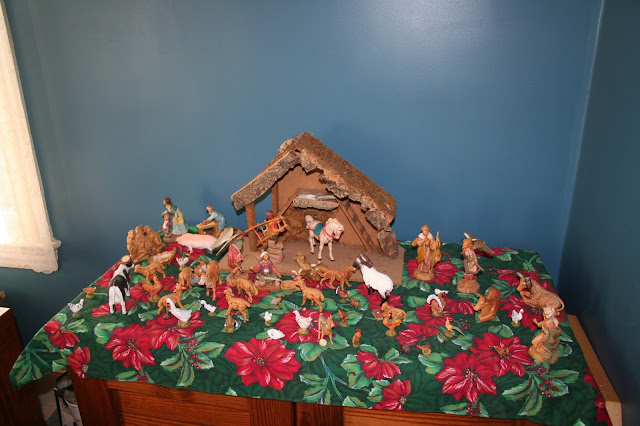 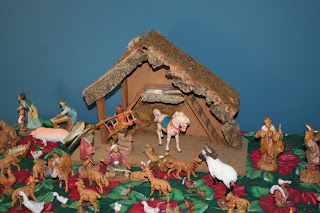 But it's fun and shows the uniqueness of my teenage son. I am keenly aware that the time for this tradition is running out. It may be that Jordan is only home for the beginning of advent two more times. Then, we'll need to look for new traditions.

It's bittersweet. It's something to savor.


What are your holiday traditions?